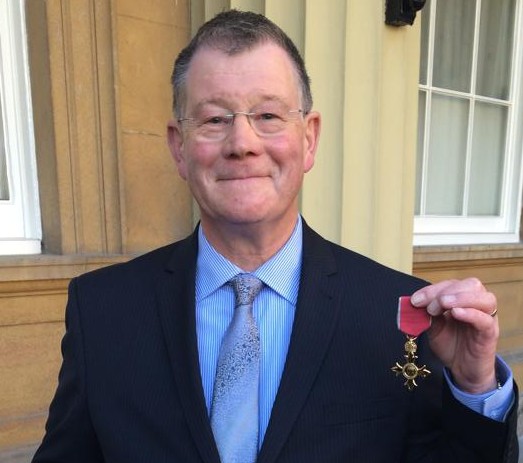 John Barton OBE, Chief Executive Officer of the Retained Firefighters’ Union (RFU) has announced that he plans to retire at the end of the year.

John began his fire service career with Suffolk Fire & Rescue Service at Wickhambrook Fire Station as a retained “fireman” in November 1975. John achieved promotion to the rank of leading firefighter in 1983 and then to Sub Officer in Charge of the station in April 1991 and in 1995 was the proud recipient of the Fire Service Long Service and Good Conduct medal. He continued in post at Wickhambrook until his retirement from the frontline in December 2005 having achieved 30 years’ service.

John became a member of the RFU in December 1977, mainly because he felt that the contribution of retained duty system (RDS) firefighters to public protection was significant enough that he wanted to help ensure that they had some input into the decisions which impacted upon them.

He has held a wide range of posts on the local Suffolk RFU committee and remained brigade secretary until 2006.

Nationally; John was a member of the RFU National Executive Committee for 20 years up until his appointment to the full-time employed post of RFU Assistant General Secretary in 2001.

John was appointed to the post of National General Secretary (designate) in 2006 and took up the post full-time in July 2007.

In June 2014 John was awarded the Officer of the Order of the British Empire in the Queen’s birthday honours List for services to the UK Fire and Rescue Service.

John’s contribution to the UK Fire Service and specifically those working the Retained Duty System (RDS) has been invaluable and the work undertaken on behalf of the RFU has been of great benefit to its members past and present.

On behalf of the RFU Executive and our members I would like to wish John a very happy and relaxing retirement and thank him for all his hard work and commitment to the Fire Service which has spanned over 40 years.