A Partnership for Life

There is now a huge amount of irrefutable evidence that proves beyond doubt that Co-Responder schemes are effective and save lives.

It has been accepted by all informed parties that there are very few negative aspects and in general terms, properly managed schemes provide benefits to the Ambulance Service, Fire Service, operational staff and the communities they protect.

The points detailed in the FBU position statements are quite wide ranging and completely uninformed and out of date. The points are listed below with our position which is endorsed by CFOA, the ODPM, and the Ambulance Service Association (ASA).

Co-Responder initiatives are vitally important if people suffering a life threatening emergency are to stand a better chance of survival.

The Fire Brigades Union (FBU) is vehemently opposed to cooperation between Fire and Rescue Services and Ambulance Trusts to enhance service delivery. Their position statement is very negative and critical and is divided into the following headings. We have used the same headings to explain the FRSA’s position.

Most of the statements in the FBU document contain a reasonable degree of accuracy, however they are frequently quoted out of context, additionally there is a considerable amount of new research that demonstrates that 4 minutes is the maximum amount of time available to achieve an effective resuscitation. The 2004 Fire and Rescue Service Act places new duties on all FRS, Co-Responder schemes fall into the scope of the act.

The points above address directly the negative and dogmatic stance of the FBU as detailed in their out of date position statement.

The FRSA fully supports involvements in Co-Responder initiatives, especially in rural areas. The benefits accrued by existing schemes are many and varied: –

Whilst it is often stated that the use of fire service Co-Responders will lead to a reduction in ambulance cover, the reality is that statistical information derived from Co-Responder schemes is frequently used to increase the provision of Ambulance resources.

There is a wide variety in operational procedures for carrying out Co-Responder duties, generally the best methods should be determined by an assessment of Co-Responder call volume, existing station workload, availability of retained staff and local demographics.

Operational response can be made in a number of ways: –

The FRSA has concerns about lone responding, two responders as a minimum crew provides a better level of protection for the responders from any allegations that may be made or difficulties that could be experienced.

Any new schemes should be subject to Criminal Records Bureau checks on all staff involved in the scheme.

The provision of a Co-Responder service is an additional level of cover provided by both services; a full paramedic response will always be made as usual, even though the Co-Responders may be able to reach the patient more quickly. 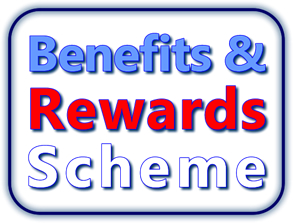 Invite the FRSA to your station

With the agreement of local management we can arrange to visit your station either side of your drill night to discuss the benefits of membership.

There are so many good reasons to join the FRSA and provide you and your family with peace of mind.

We have local representatives throughout the UK who work tirelessly on your behalf.

Whether its related to disciplinary, grievance, pensions, medicals, or primary employment issues, the FRSA is always there to support its members.