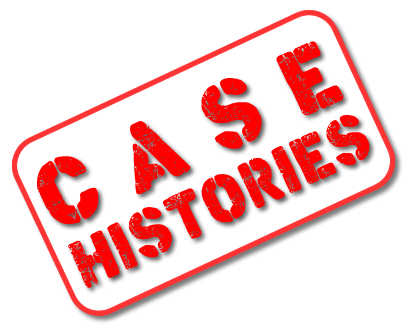 We find that current members are always interested to hear about the case work we undertake within the Fire and Rescue Services Association (FRSA) which also acts as a good advertisement for potential members to see how valuable membership can be.

The following is a list of some of the more interesting cases we’ve dealt with over the last 12 months, while we and some of our members would like to have their details included in these real cases, we believe it would be inappropriate to name individuals or services.

However, we can guarantee that these cases are 100% genuine and are not unique to the work we undertake on behalf of our members 365 days a year.

Our member, who had a dual contract with his service was on sick leave due to a foot injury, a couple of months later while still on sick leave he attended a family holiday abroad that had been booked several months prior to sustaining his injury.

A month after his return from holiday the service instigated a level three disciplinary investigation, citing a number of allegations including failure to follow service policy regarding booking annual leave and failing to seek medical advice in relation to the holiday and his injury.

A level three disciplinary hearing (which includes the ability for the service to dismiss the employee) took place 10 MONTHS after the investigation commenced.

During the hearing the FRSA representative was able to highlight many flaws within the investigation, evidence to support our member and failures by the service to follow its own procedures, culminating in our request for the case to be thrown out.

OUTCOME: Our member was exonerated of any wrong doing and the Chair of the hearing concluded that there was no case to answer. This despite the service originally being of the view that the allegations were so serious that dismissal was a possible outcome!

We all take for granted that firefighters are heroes on a daily basis either due to providing their availability (often at the expense of a social life, promotional prospects and outings with their family) or dealing with life-threatening incidents.

However, in this case it was our member who was the victim of a road traffic accident whilst acting as the OiC of a fire appliance that was responding to an emergency incident.

Unfortunately our member sustained a number of injuries that required treatment over a considerable length of time. The case required reports from medical specialists and barristers opinion to formulate a case against the fire service all of which was funded by the Association.

Due to the effects of the injuries our member was unable to return to full operational duties but was able to continue in his primary employment.

OUTCOME: Following a lengthy legal process (three and a half years) due to the requirement of a prognosis of our member including the conclusion of whether he was able to continue in his role as an operational firefighter, our member agreed to settlement of this case which included a six-figure sum.

The FRSA provides support and advice for our On-Call member’s primary employment. In this particular case our member had been dismissed by his full-time employer having been employed less than one year, this meant that an unfair dismissal claim was not available for him to pursue. To make matters worse the dismissal was summary and refused to pay any notice pay (to the value of over £1,000).

We therefore provided support to our member and submitted an employment tribunal claim for breach of contract, after going through the mandatory conciliation process via ACAS it was evident that the employer was not willing to pay what was rightfully owed to our member.

OUTCOME: The case was therefore progressed to an Employment Tribunal Judge who awarded in our members favour and was awarded his full notice pay.

Back in 2009 the FRSA introduced an added benefit when members had the opportunity to access our Accidental Injury, Illness and Death Insurance. The scheme is run with no profit to the Association and since it came into being has paid out thousands to members who have been eligible for payment due to illness or injury. Additionally the scheme recently paid out to the family of one of our members who tragically died following an accident at his primary employment.

While money cannot begin to take away the devastation of losing a family member, it can lessen the financial burden incurred by our members close relations.

OUTCOME: Our scheme provided our members next of kin with a payment of £55,000, the highest amount available compared with any other fire service union. Something we are very proud to be able to offer to our members.

One thing that our 42 years of experience representing members has demonstrated is that nobody is immune from being the subject of the disciplinary process.

In this case our member found himself the subject of Police attention following an argument with his partner, resulting in a charge of assault and criminal damage (£9 worth of damage). It is natural that the focus of employers will be on the words ‘assault’ and ‘criminal damage’, which in isolation sounds serious yet the detail (which we will not go into in this article) was less so.

The fire service called a disciplinary hearing where our member was dismissed, primarily due to the service’s risk averse attitude believing that it would be an easy option not to be associated with someone who had been involved with the Police.

The FRSA supported our member throughout and appealed the decision.

OUTCOME: Our member was reinstated on appeal and awarded a lesser sanction.

Our view in that in times of need, fire services as employers should be providing support to their staff, specifically for someone who has long service and shown a considerable commitment to public safety. Firefighters can experience difficult times that happen during ‘life’, and rather than simply remove someone from their employment which is deemed as an easy option, employees need empathy and support from their employer. In our experience this is all too often missing from the relationship between employee and employer and this needs to change if the fire service is going to be a tolerant, family friendly employer.

During an RTC drill our member was supporting a car door that was being cut at the hinges, on the final cut the door unexpectedly jolted upwards causing a shooting pain in the shoulder of our member.

Despite an operation, a period of recuperation and physiotherapy, the injury continued to cause discomfort and the firefighter remained off the run for over three years. While there was no question as to  whether the injury was sustained at work, an Independent Qualified Medical Practitioner (IQMP) provided an opinion to the fire service that the injury was not permanent and that with further treatment a return to full operational duties was likely. This however contradicted the view of our member’s own GP and surgeon who performed the operation on our member’s shoulder.

Following the opinion from the IQMP the fire service started proceedings to dismiss the firefighter on the grounds of capability due to the period of time that had elapsed from when the original injury was sustained and the fact that our member still was unable to return to operational duties.

Unfortunately the individual was not a member of the Firefighters’ Pension Scheme and therefore not entitled to an ill-health pension. After 40 years’ service the fire service seemed content to simply allow their employee to be cast aside wishing to wash their hands of the situation.

OUTCOME: The FRSA provided a means to challenge the decision of the IQMP whereby we provided new medical evidence and requested that the case was ‘reviewed’ by an alternative IQMP. This resulted in an IQMP opinion that confirmed our member was indeed permanently incapacitated due to a qualifying injury and was therefore entitled to an injury pension (under the Compensation Scheme 2006).

During a community event attended by our member and her station colleagues our member became a victim of a verbal and physical altercation with a member of the public. However, despite being viewed as the victim, our member was subsequently the subject of a complaint made to the service.

A disciplinary investigation commenced at the highest level (level three) citing physical and verbal assault AGAINST our member. The service dragged its heels and a disciplinary hearing finally took place ELEVEN MONTHS after the incident took place.

Bizarrely the service chose to call a level one hearing despite the allegations of gross misconduct and proceeded to award a written warning to our member.

OUTCOME: The FRSA advised our member to challenge the outcome and we made representations culminating in the service withdrawing the sanction on appeal.

Everyone would assume that in 2019 all Fire and Rescue Services would ensure that On-Call personnel would be given the same opportunities as their Wholetime colleagues. Unfortunately prejudices still remain in some areas which have no place in a modern working environment that claims to promote inclusivity and abide by ‘Core Values’. In this case an On-Call Crew Manager with 22 years experience applied for a full-time post within his own service, a short time after our member undertook an interview for the position, he was informed that he had been unsuccessful. When our member requested more feedback on why his application had been unsuccessful he was told that due to being On-Call he wasn’t eligible for the role, this despite having all the relevant qualifications and satisfying all the necessary criteria.

At our member’s request the FRSA intervened, meeting with senior management to make them aware of the discrimination that had taken place and the implications this would have if progressed to an Employment Tribunal.

OUTCOME: After challenging the decision made by the interview panel a review took place and our member was eventually offered the position via a fair and competitive process.

Of the eight case histories published, none of the individuals (or families) ever thought that they would be placed in these scenarios, believing such situations only ever happened to ‘other people’.

Fortunately these firefighters were able to rely on the support of the FRSA to provide professional advice and legal support (or in one case, financial assistance)  to resolve the matter. If you are not a member of the FRSA, you will need to ask yourself and your family, what would you have done in these circumstances without representation to guide you through?

For your peace of mind, you can join the FRSA here.